Simplify surveys by pre-planning the route using the FLIR Route Creator plugin for FLIR Thermal Studio Pro. This software plugin allows you to create lists of the assets you need to inspect at each location, organized in the most efficient order. Then, export the route in digital format and upload it to a FLIR thermal camera running Inspection Route mode*. You can also export the file in a readable file format and print it as an inspection check list. 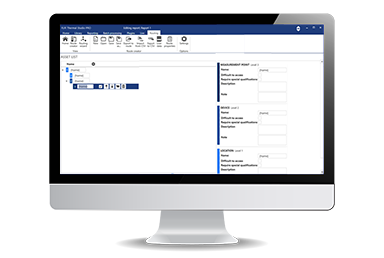 Keep Track of Assets During Inspections

With your route prepared, you begin a more efficient site inspection. By following the guided inspection points, you will reduce the chance of missing any assets—leading to unexpected faults and breakdowns. The Inspection Route option for your camera can guide you, step-by-step, through the survey while also auto-matching images, notes, and comments to the correct asset on your inspection list.

Streamline Reporting After Your Inspection

Thanks to the pre-planned route and the built-in organization features of FLIR Inspection Route camera software, post-inspection reporting will be a snap. You will easily match the faulty thermal and visual images with your asset list; add comments, status reports, and repair recommendations to images; and create your final report by using Thermal Studio Pro in smart and efficient way. You can build up a file of measurements for each asset over time so you can compare historical data and catch impending issues before they cause serious faults. 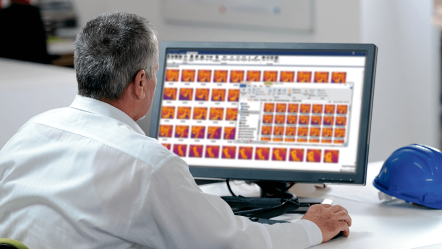