Mining companies across the African continent have been coping with the problem of illegal mining for years. In their battle against artisanal miners illegally entering their properties and compromising site safety, they have been unsuccessfully looking out for security solutions that are both reliable and affordable. With the turnkey solution from South-African security specialist Secu-Systems, that solution is finally in sight.

Mining operators are increasingly confronted with security breaches on their properties. Illegal miners, do not always understand the potential hazards on site and often find themselves in safety-compromising situations as a result. But safety issues are not the only reason of this increased attention. It’s also a matter of productivity and profit loss. 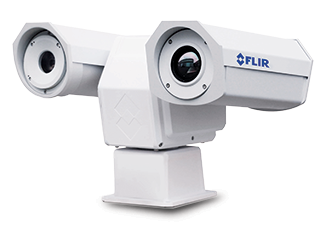 “Managing illegal mining is a major challenge at mines. It is not just about the theft of valuable ore, illegal mining presents a safety hazard, especially around large opencast pits. Without the right equipment and safeguards, any mistake could be fatal, halting production but also potentially putting employed mine workers at risk,” says Secu-Systems founder Charles Harrison.

Security specialist Secu-Systems, based in Johannesburg, South Africa, was asked to come up with a solution for the security problem for two trial sites, in Tanzania. The company consequently developed a robust, mobile and highly advanced security system, based on the use of FLIR pan/tilt thermal imaging cameras.

“The large size of these mining sites poses a serious security problem,” says Charles Harrison. “Setting up fences around those areas would be a huge investment. That’s why our customer had previously tried to use balloons equipped with security monitoring to watch over their entire mining site. “But this approach has proven to be ineffective due to the frequent storms this particular area is facing. That’s why a ground-based solution was a better option.”

Instead of opting for fences, SecuSystems designed a self-sustaining system specifically for remote regions with no supportive infrastructure. The system comprises a wireless, mobile 20 ft container which securely houses all peripheral intrusion and detection equipment, including external, passive infrared detectors, high-pressure pepper systems which trigger on activation of security systems or remotely detonate upon verification, as well as a PT-602CZ thermal imaging pan/tilt camera that is able to detect motion within a 6 km radius from nominal ground level.

The FLIR PT-602CZ is a thermal security camera that offers excellent long-range perimeter intrusion detection and surveillance at night as well as during the day. The solution by Secu-Systems has already proven very successful with one of the world’s largest gold producers – at a mine in Tanzania. Once the Secu-Sytems solution was installed and operational, the results were immediate – revealing the numbers of illegal miners entering the site on a daily basis. The weekly number of arrests even reached a staggering 75 – 100.

Charles Harrison: “The intruder capture rate improved and the risk for security personnel is now lower. In addition, because all footage is recorded, the client can ensure that the entire incident – from capture to hand-over of the intruder – is handled strictly according to security policy.”

The streaming cameras can easily detect movement down to 4 pixels. The military specified container solutions are completely fitted with their own power reticulation which includes solar panels mounted to the roof of the container to battery banks installed within the container. The system allows wireless communication back to a centralized control room. Existing installations have a 36 km wireless link that allows complete surveillance and control.

The system developed by Secu-Systems provides mining sites with complete 360-degrees situational awareness and is a radically new approach compared to the typical practice of perimeter fence security installations. “Conventional perimeter security systems will generate an alert when the perimeter is breached, but once within the perimeter, intruders can get lost,” says Charles Harrison. “The Secu-Systems solution offers complete situational awareness and peace of mind and allows critical management decisions to be effected.”

“The FLIR PT-602CZ has allowed us to build a solution that is able to replace twenty to forty perimeter security cameras,” says Charles Harrison. “This makes it an ideal, affordable solution for mining operators that need to monitor huge areas remotely.”

“There’s no other thermal camera that compares to the FLIR PT-602CZ,” says Harrison. “The camera has given us excellent image quality and detection results, even in the harsh and uneven geography that we are faced with. The comments from our first end users have been mind-blowing.”

The images displayed may not be representative of the actual resolution of the camera shown. Images for illustrative purposes only.