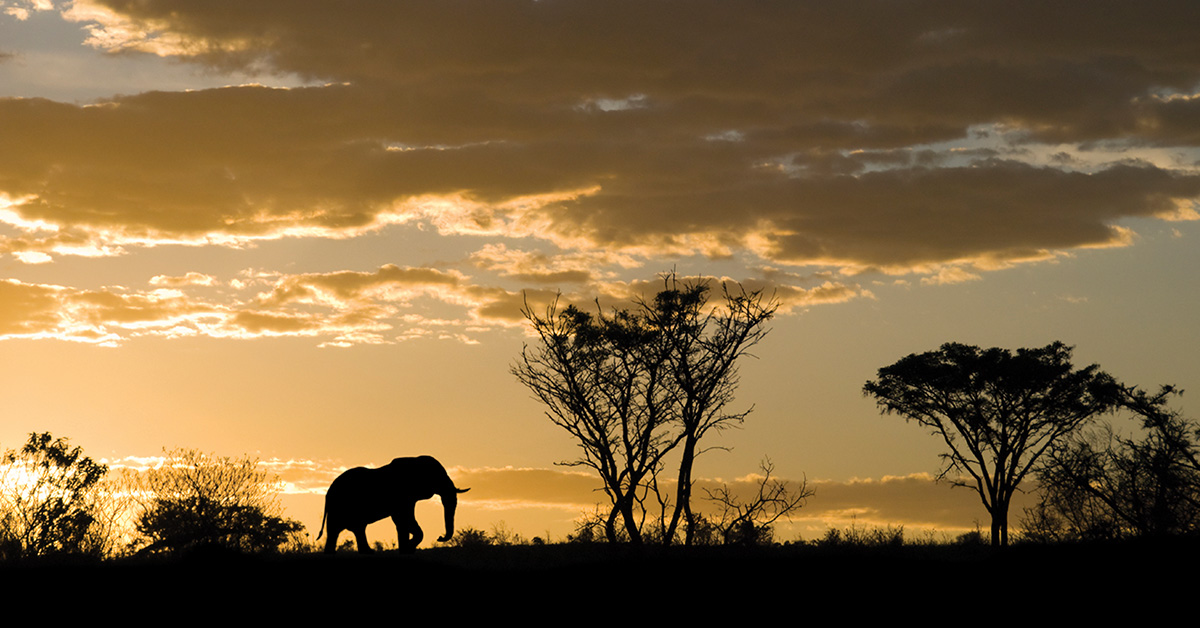 On safari with a FLIR thermal imaging camera

Many years ago the word ‘safari’ was associated with big-game hunting, but today ‘safari’ is understood to be a trip for observing and photographing wildlife, most commonly in Africa. In fact ‘safari’ was originally a Swahili word meaning ‘long journey’.
Most safaris take place during the day, as in many African national parks it is not allowed to drive after dark and, in any event, it is extremely difficult to spot or photograph wildlife in total darkness unless you have a thermal imaging camera.

Powell Ettinger, founding editor of www.wildlifeextra.com, travels around the world to explore the local wildlife. Prior work includes working in the adventure travel industry. He shares his stories and educates over 130,000 website visitors a month from all over the world. On one of his last travels he found a way to enjoy the African wildlife at night as well as by day: a thermal imaging camera.
“Whilst talking to some friends about a forthcoming safari to Botswana and Swaziland, I explained them that I get up at 5:30 in the morning. It sounded odd to them to get up this early in the morning whilst on vacation. In Africa the nights are long however.  It gets dark at 18.00 already. So there is only a limited amount of time to go out on safari” said Powell.

“When someone asked about the wildlife after dark, I made various comments about not being allowed to drive after dark in many national parks, not being able to see the wildlife and not being able to photograph it. Firing off a camera with a flash usually provides dreadful results, and quite often scares or enrages the wildlife away as well.”
Powell learned about thermal imaging cameras and how they produce a crisp image in the darkest of nights. They do not need any light whatsoever to produce a crisp image. He took both a FLIR PS24 and a TS24 Pro thermal imaging camera with him on his next safari and used it to search for wildlife at night as well as during daytime.
Both cameras produce thermal images of 240x180 pixels. The TS24 Pro is able to store still and video images on a removable SD card. The FLIR PS24 cannot.

It is not allowed to drive around in Botswana game reserves during the night. Given this difficulty Powell and his group also went to Swaziland’s Mbuluzi Reserve, neighbor to Hlane Royal National Park. Mbuluzi is 2,500 hectares of dry bush dissected by the Mbuluzi River, and contains plenty of common game such as giraffe, zebra, kudu, blue wildebeest, nyala, bushbuck, impala and warthog. As a predator free reserve, it is allowed to drive, and even walk at night.
“Using the FLIR PS24 thermal imaging camera, we drove around the reserve in the dark. Although the camera gives a remarkably clear image, it is not always practical to use it whilst on the move, so we stopped every few hundred yards and tried our luck”, Powell explained.

The PS24 thermal imaging camera has different image settings giving you the choice of seeing the images “white hot” or “black hot”. It is also equipped with the InstAlert™ mode that colors the hottest parts in the image red.  “InstAlert is extremely useful when searching wildlife but the problem is that at the end of an African day, when the earth has warmed up during an entire day, practically everything turns red. I therefore preferred the “white hot” image mode just after sunset. Using the “white hot” image mode we did find some antelope, kudu or nyala, just off the track. The InstAlert mode is very effective after the earth has cooled down so we used this mode just before dawn.”
At 05:00 the next morning the group set out on foot in an area where giraffe are often seen. “Using the InstAlert function it didn’t take us long to pick up the red glow of a very long neck. A giraffe stood out very clearly in the darkness.” Powell elaborated.
Powell continued: “Later that evening, as the embers from the braai glowed in pit on the lawn in front of our lodge, I found the PS24 thermal imaging camera in my pocket, so I turned it on and swept the grass around the lodge. Much to my surprise, despite not having heard the faintest whisper, I noticed several impala grazing on the lush lawn just 40 yards from where I was sitting. Similar sweeps at regular intervals revealed a fine nyala bull, who lingered a long time, as well as what appeared to be an immature bushbuck, or perhaps a duiker of some sort. “

Botswana: see without being seen

Botswana is very different to Swaziland. Vastly greater numbers and variety of wildlife, but sometimes less accessible at night. However, some species are drawn to a campsite, where perhaps a piece of fruit might be left lying around, or a few scraps of leftovers might be available near the dishwashing area.

As is often the case with campsites in and around African national parks, vervet monkeys hang around looking for the chance to nab a biscuit or even just some orange peel. Occasionally a hyena may wonder through looking for scraps, and sometimes a shy genet may come down from the trees. However the tell-tale crash of a branch being ripped off is the easiest of noises to identify.
“FLIR PS24 revealed a few elephants feeding within 100 yards of the campsite. They were very relaxed and, in this case, not the slightest bit disturbed by our presence. The FLIR Systems thermal imaging camera helped us to see without being seen ourselves.” said Powell.

Powell continues; “Using thermal imaging enhanced our wildlife watching in two main ways. Without the thermal imaging cameras, we would not have known if there was anything around us in the dark at all. Much of the wildlife that is around at night keeps extremely quiet, as you would expect from animals that are constantly under threat of being killed and eaten by predators. We were amazed by just how much wildlife we found in close proximity to our lodge in Swaziland. Having a thermal imaging camera enabled us to record and identify what was there.”
“On other occasions, we knew from the noise around us that there was something out there, in the dark, but we had no idea what.” Powell concludes: “Another use for the equipment was to enhance our safety. If you need to go out of the tent or lodge during the night, it can be reassuring to check the neighborhood for hyena before you leave.”