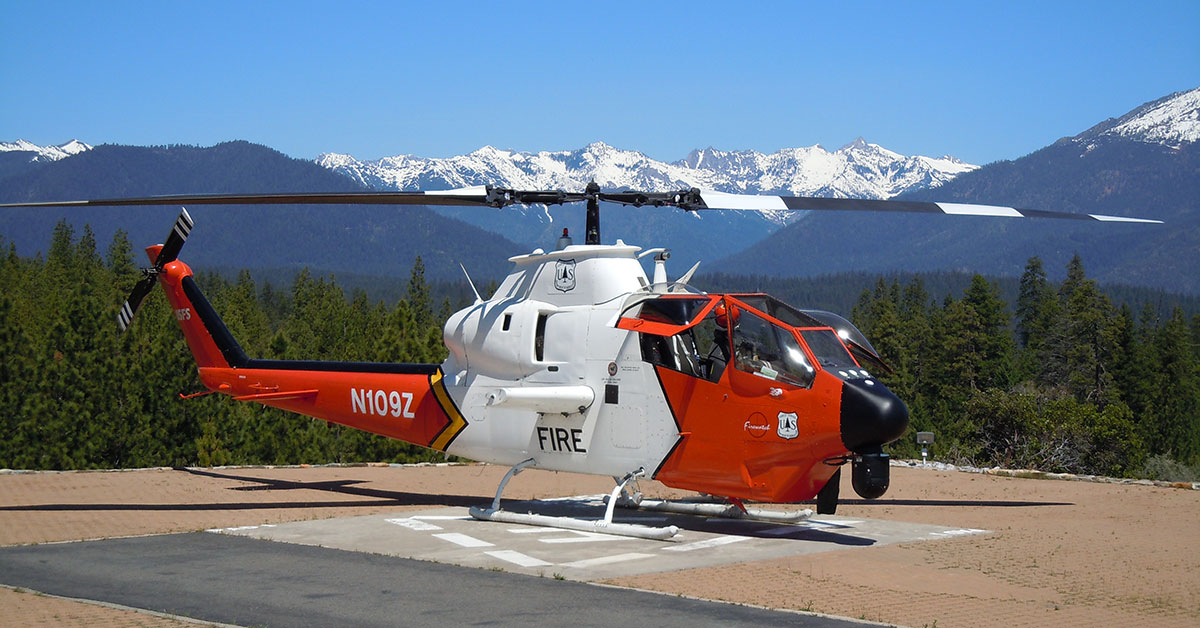 Every year, wildfires in California present a huge threat to ecosystems, property, and human lives. Managing these wildfires is a difficult and dangerous task, especially because of the unpredictability of fires and the poor visibility caused by smoke. In recent decades, however, firefighters have the benefit of thermal imaging to help combat the flames. The Forest Service in Region 5 (California) has two Bell 209 (Cobra) helicopters equipped with FLIR thermal gimbals. This allows the flight crew to see through smoke, report real time fire progression, provide tactical IR capabilities to enhance ground resource’s’ situational awareness, and keep incident management apprised of critical holding issues. 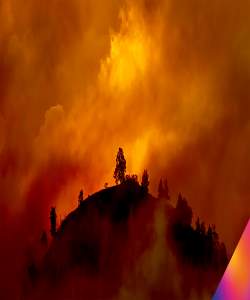 “It’s a multi-faceted tool,” says Kyle Tolosano, the Helicopter Operations Specialist for California. A 20-year veteran of the Forest Service, Tolosano has filled the role of helicopter operations specialist for 2 years. One of his areas of oversight for the Region is the FireWatch Program, for which the agency has two Bell 209 Cobra helicopters equipped with FLIR Star SAFIRE 380-HDc gimbals.

Being able to see through smoke thermal is especially critical for firefighters. The Forest Service has had the FLIR 380-HDcs for about 5 years, and thermal imaging capabilities for about 15 years in total. Before that, they had virtually no way to see through smoke and were limited to the “waiting technique,” i.e. waiting for the smoke to clear. Real-time detection of fire makes a huge difference when it comes to directing ground firefighters who need to get into the incident, or leadership who need data to make decisions. 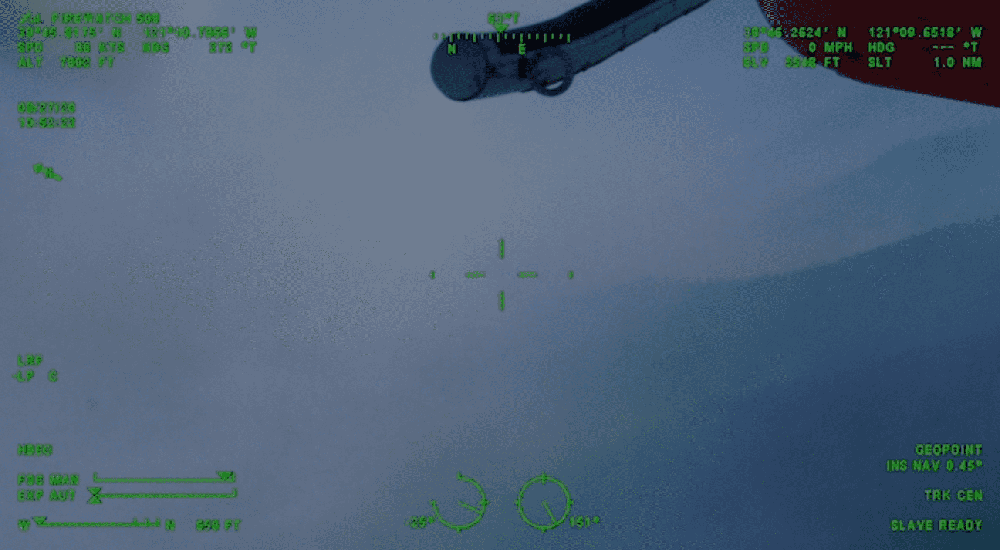 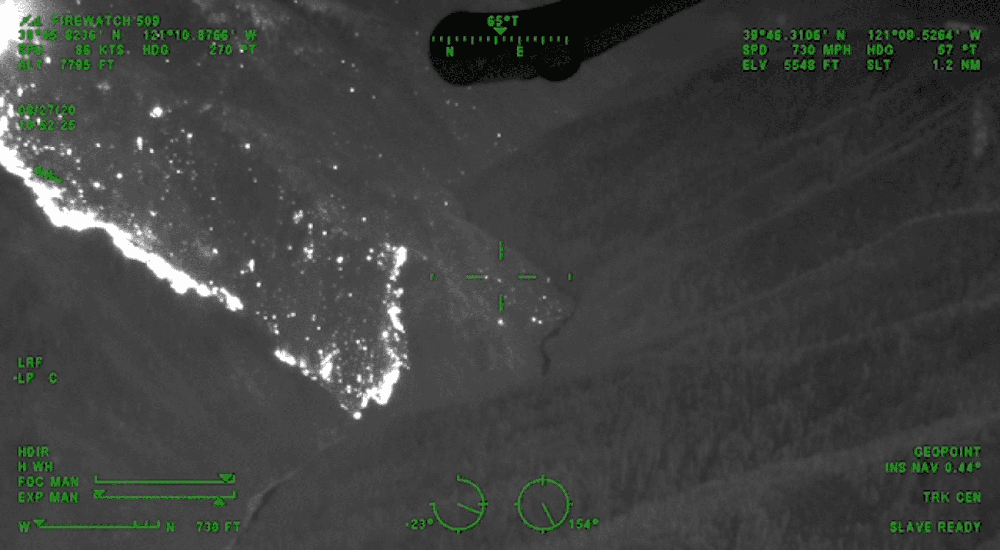 The FireWatch Program had some of the first fire helicopters in the country equipped with FLIR sensors, and has been on the forefront of research and development of firefighting applications. They now have helicopters, fixed-wings, and UAS with infrared sensors, greatly increasing the capabilities of what aerial support can do.

Beyond seeing through smoke, thermal imaging is also ideal for catching what ground crews or the visible light cameras might not be able to detect: spot fires.

A spot fire is a fire outside of the main fire that has the potential to ignite another large blaze. They often occur when ground firefighters are trying to cut a vegetation break to slow or halt the fire’s progress. If conditions like wind push embers across the fuel break, a hotspot may ignite that’s invisible to the naked eye. “The FLIR technology is able to detect them and then give pinpoint accuracy to the folks on the ground of where that is,” explains Tolosano. Ground firefighters can then quickly extinguish the hotspot before the fire spreads.

The Cobra helicopters are also invaluable for perimeter mapping of a fire incident to provide data to leadership. The air attack will initially create a perimeter-shaped file around the incident to calculate how large the fire is, and then in the following days will go in and provide updated acreage and mapping.

As the fire starts to wind down, the FLIR gimbals are again called on to monitor and check for remaining hotspots that still need to be extinguished. The accuracy of the 380-HDcs allows them to quickly direct firefighters to where they need to be, even if the hotspot isn’t visible to those on the ground.

The aircraft are also able to transmit thermal data in real-time to people on the ground. “We have that capability, that we can give to ground firefighters or incident leadership and then they can see in real-time what the gimbal is looking at,” says Tolosano. “They can look through the smoke with the gimbal and provide the firefighters and incident management real-time information on fire progression, spot fires, and fire intensity when you can't see it due to visibility.”

The Cobras are always on the move. The FireWatch Program works closely with the national weather service and forest service forecasters—also known as predictive services—who monitor where critical fire weather conditions are. If there's a high-risk event, the helicopters are moved to that area to provide aerial supervision, mapping, and infrared capabilities as quickly as possible. “Instead of waiting for the fires to start, we try to put them where we think the fires are going to be to cut down on response time,” says Tolosano. “You'll move them from say Redding California down to Southern California because of a Santa Ana type of event, or put them in Northeast California because of a threat of dry lightning.”

The aircraft are both available for about 150 days out of the year, covering the typical California fire season from June through November. During the off season, the helicopters are taken back to their base for winter maintenance. If there’s a need during the winter months for any kind of surveying—usually only called for after a heavy rainfall to track debris or damage—they might make the rare winter mission.

The helicopters are tied to the United States Forest Service and hosted by California, but they also support CalFire, the Bureau of Land Management, National Park Service, and any region in the US if the need arises. “Wherever the need is, we go and provide that service,” says Tolosano. Typically, though, the Cobras can be found surveying fires all summer in California. 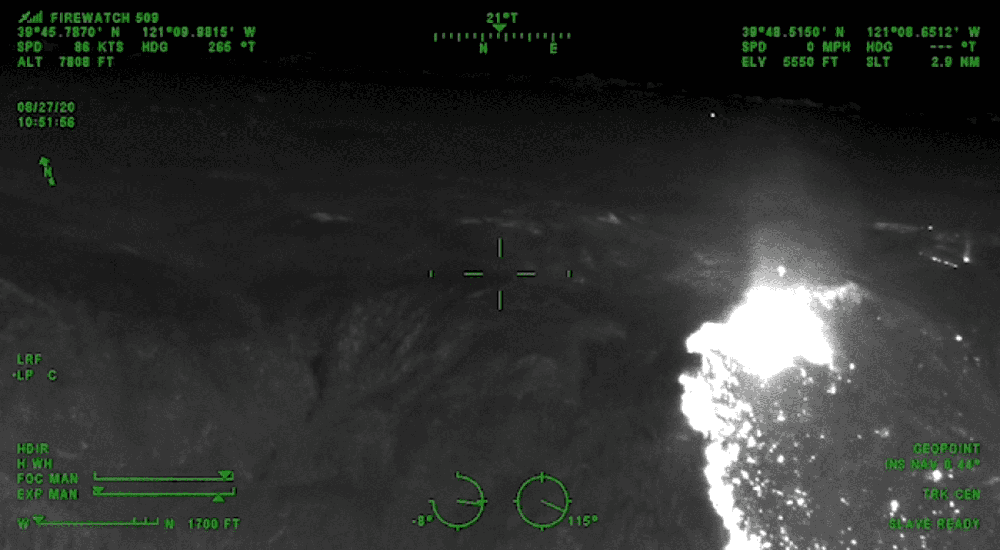 Thermal imaging has proved its value to firefighters over the years. “There have been countless situations where firefighters have been in less-than-desirable situations where the air attack and the pilot were able to provide real-time information and help with the egress for the ground firefighters to get to a safe spot,” says Tolosano. “If they weren't there, the outcome would have probably been less desirable than what it was. I would say there definitely have been lives saved because of that data and capability.”

The helicopters with their FLIR gimbals are in high demand for the support they provide to incident leadership and ground firefighters. “Every fire wants them,” Tolosano continues. “When stuff goes wrong, and you can't see, the air attack is able to provide that information to the guys that are in a bad spot or the people that are trying to get in and help them.”